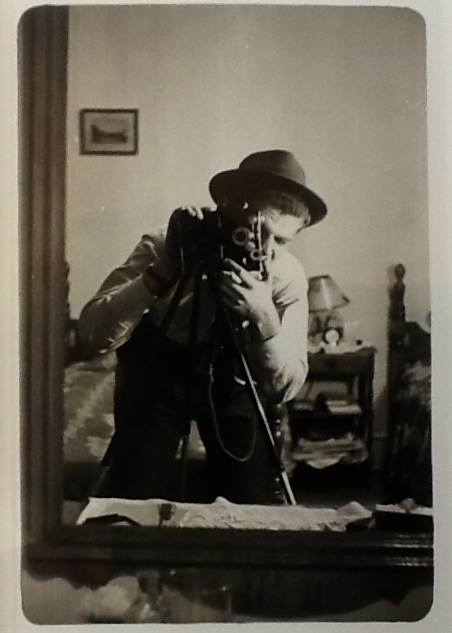 
HKG
This is my favorite photo of my dad, Alex Kolikow, taking his self portrait in 1941 with his Argus C-3 camera.  The camera he taught me how to shoot with.  He was an enthusiastic amateur with a darkroom in a closet in our basement in Brooklyn.  I wasn't  interested in spending time in the dungeon-like darkroom, so didn't process my own film or print until the 1990's...when I really became serious about my art.  He also had a twin lens reflex Voightlander which he got while overseas in WW II.  I recall him saying it was a Nazi souvenir, but I could be wrong.  He had a German rifle, a bayonet and a luger in the darkroom, so it is possible. Anyway, he taught me how to use the Voightlander for a science project in elementary school.  I grew onions in different conditions and documented their growth.  We printed the photos and attached them to poster board for the display, so my first photo exhibit was in 1966.  I won at the elementary school level and it was featured at the Brooklyn Borough Science Fair that year..where I believe it earned an honorable mention.  I still have both cameras in my closet.

My dad died in 2005.  He enjoyed photography all his life and taught his fellow retirees in his complex in Century City Florida as well as photographed and printed the photos for the community newspaper.  He also learned how to use the computer very well and taught classes in that until he became ill.  He was very creative and had a lot of fun with all his "hobbies".  Didn't ruin his fun with trying to make a living with it...the money part kind of ruins the fun unless you are opening an envelope with a nice fat check in it!!!

In the late 1960"s, I started to shoot my friends with easier  to use Kodak Instamatics with the square flash bulb which rotated for 4 flashes.  My parents gave me a Minolta srt 101 for my high school graduation present and I aimed it mostly at my friends in college as that is what my dad did with his camera.  And began adding landscapes as I went to school in the beautiful Hudson Valley in upstate NY.

I was more a film history nut than photography and didn't study the history of photography until the early 1990's.  Although we had subscriptions to  Life, Look, Newsweek and National Geographic magazines, so I absorbed great photography on a daily basis.  But when asked, I say I was more influenced by great visual filmmakers, Hitchcock being number 1, Woody Allen, Orson Welles, Carol Reed, Billy Wilder, etc. and their cinematographers.  Film Noir of course.  German Expressionism and Surrealism in art, film. and theatre.  Music and literature have always been great influences on my work.  My college degree is in scenic design which is why there is a theatricality to my work.

1. 1989 - 91
My husband was the chiropractor for Le Cirque du Soleil and I get access front and backstage.
Documented the troupe in Santa Monica, Orange County and Manhattan.
Showed the members of the amazing troupe my photos and was accepted as a fellow artist.  Through the time spent with them learned one must follow their passion to lead a fulfilled life. Decide to drop all the other mediums I was working in and become a professional photographer.

2. 1993
Grand prize 20th Century photo contest.  Use the $3500.00 prize money to build out my first professional studio in Venice across from Gold's Gym.  Shot editorial and portraits commercially. Documented the visually extreme members of Gold's Gym and perfected my portrait skills.

8.2004-2005
Move my studio to Ocean Front Walk , document the area with the first Nikon dslr, manipulate the images in photoshop and self publish what will become the official publication of the Venice Centennial, Venice Beach, California Carnivale

8.2005-2006
Invited to shoot on the Heli-pad of the US Bank Tower. Commissioned to turn A Night View of Los Angeles, the 360 degree panorama of the entire city of LA into a 40 foot long print on silk for the 2006 Venice Biennale of Architecture.  Attend the Biennale and shoot Venice, Italy at Night

9. 2007
Night View of Los Angeles is printed on banner vinyl, exhibited outside at the front entrance of Photo LA, then partner with Duce to invite the most notorious Graffiti Writers to lay their tag on the print.
Exhibited at the entrance of the Venice Art Walk, FADA LA Art Fair (2010).

10. 2007
One person show at the Samuel Dorsky Museum of Art, New Paltz, NY (my alma mater) of Urban Noir, LA-NY that includes 20 silver prints that are acquired by the museum, first projection prototype of Urban Noir/LA-NY  incorporating images, text and existing music.

15. 2012 - present
Begin teaching photo workshops at Otis College of Art and Design, Photo LA Emerging Focus + other venues I am starting to have conversations with.

16. 2012
Venice Yesterday, Today or still crazy after all these years. Diptychs of images past and present, working with the Venice Historical Society and printer Titano Cruz.

17. 2014
Santa Monica Arts Fellowship, from Santa Monica Cultural Affairs Department, Santa Monica, CA.  My project will be to photograph waves shot from the Santa Monica Pier and incorporating them into mixed media assemblages along with reclaimed wood from the pier and encaustic wax medium.


HKG
You need to learn how to tell the story.  Shoot as if you are making a movie. Master, medium and close up images of the your subject matter and put them in a sequence that has great rhythm and design.

Learn history of photography, design, composition, color theory, art history, listen to music, read literature, get a great background in art and design and shoot, shoot, shoot.  Work with mentors or go to school to learn what creates a great photograph.  Then you can feel confident about your own editing capabilities.

But it is always best to do the rough edit and have a second or third eye to look at your work.


HKG
Venice, CA has amazing creative energy and the successful artist is one that is able to absorb and focus the energy to create great works.  Think of my neighbors, John Baldessari, Ed Ruscha, Ed Moses, Frank Gehry, Peter Alexander, Lauren Greenfield...the list goes on and on.....We are attracted to this area as it feels wonderful and has amazing light.  I always have a list of projects that interest me....It is just a matter of prioritizing.

You have to find a subject matter that you are passionate about as you will spend enormous time conceptualizing, photographing, printing, editing, attracting support, exhibiting, and promoting it.  So it better be something you love.

In the case of the Parents at Last book, it was about adoption and the new ways of making families.  I never had an interest in having children...even after doing that project.  And I was a hired hand, recommended by a mutual friend who worked at People Magazine.  Although I was paid a nice sum of money to do it and enjoyed meeting and documenting the families,  when it came to promotion, found people wanting to tell me their own stories, which did not interest me very much at all.  And while they also complemented my images as I was signing books for them , I sat there wishing it was a book about adopting dogs instead of children.  So that lesson was learned pretty early on... And ended my editorial career.  I became a fine art photographer and only shot projects that I initiated.  I charged a lot of money for the  few commercial assignments over the years as I did not enjoy working on assignment.

Now I don't have to worry about that as there are so few assignments out there.  Maybe it was a prophetic understanding which allowed me to continue working, not waiting for someone to tell me what to do, but I have always been very self motivated and controlling about my work.


HKG
I am liking Linked In at the moment.  I lecture and do photo workshops as well.  10 years ago it was Photo Reviews.  Before that printed resource directories.  Depends where you are in your career and what the fashion is. You always have to stay ahead of the curve.  The internet allows your work to be seen around the world 24 hours a day.  Which is amazing exposure.  You just have to figure out how to stand out from the pack.  My mixed media work is a different nut, and although it is no longer straight photography and might limit me in the photographic world, it also opens up to the possibility of fine art galleries interested in mixed media work.  Building a strong network is essential...which is why I like Linked In at the moment.  I just picked up a show in Italy by reading an announcement of a new gallery opening and connecting with the owner. 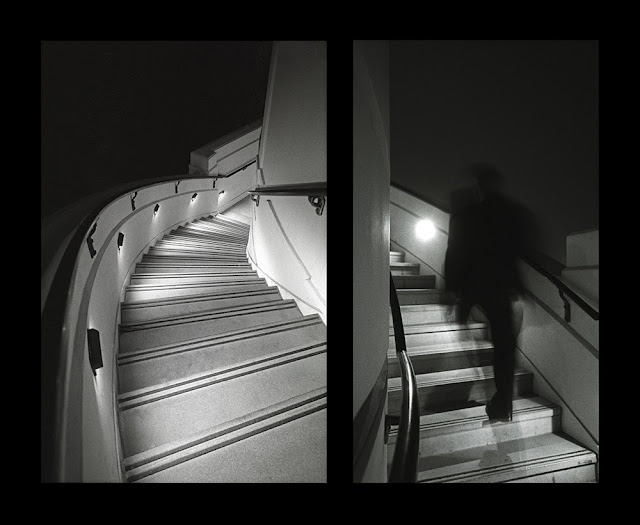 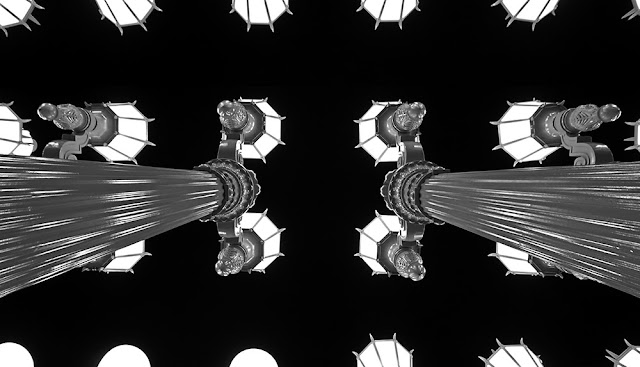 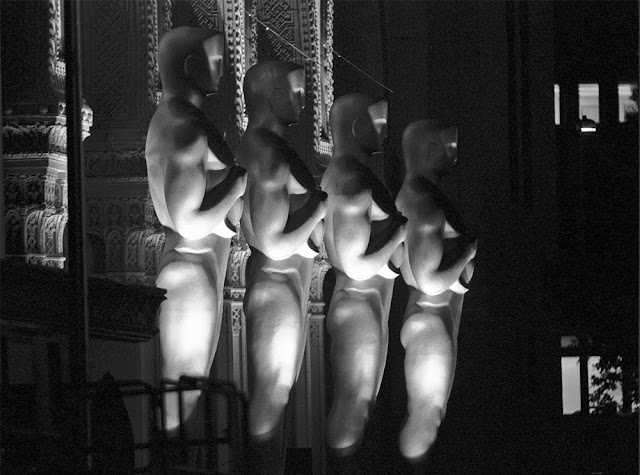 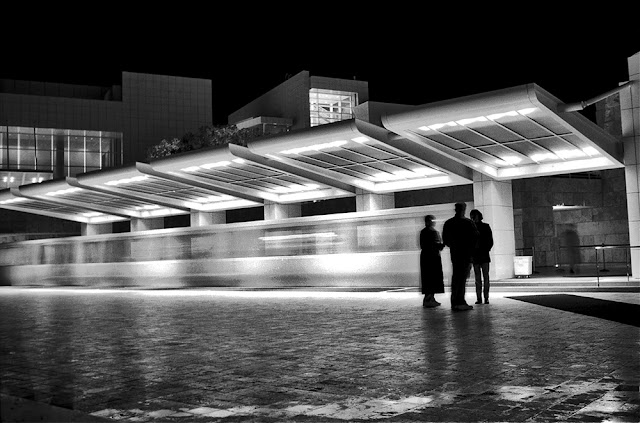 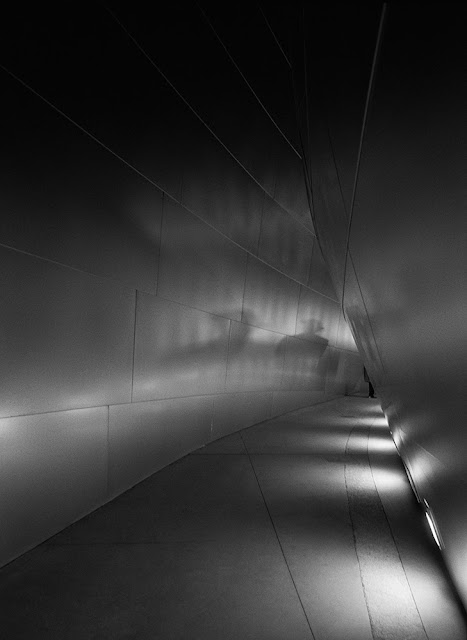 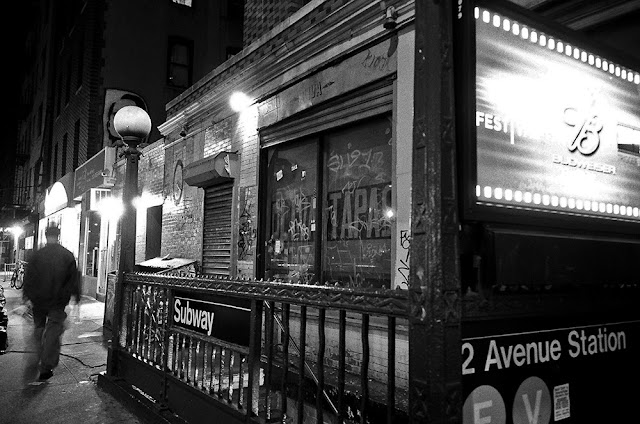 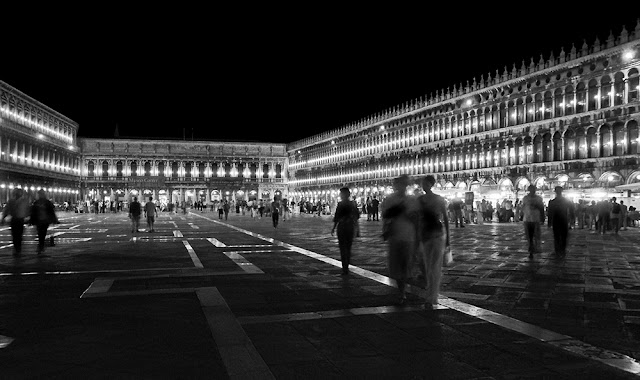 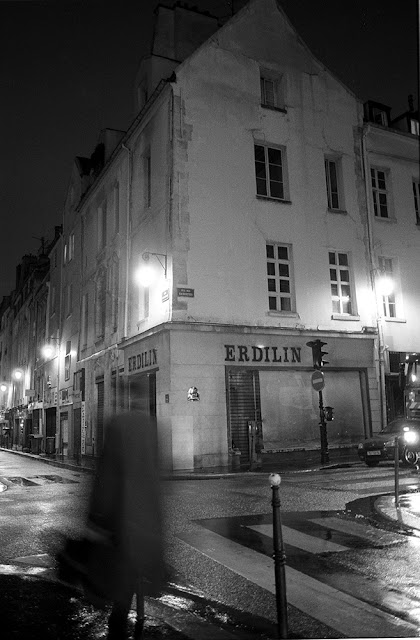 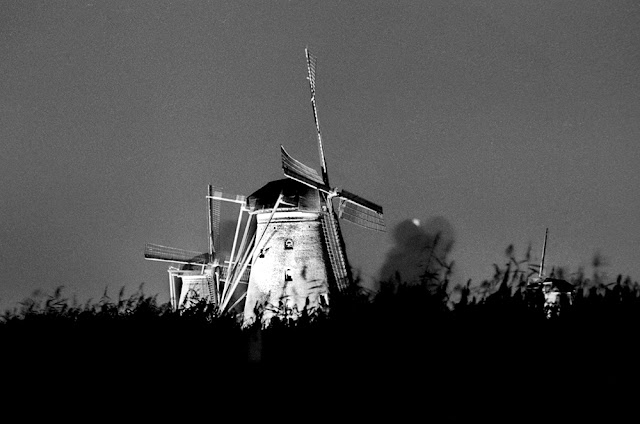 Windmill Ghosts ©2003 from the series Euro-Noir 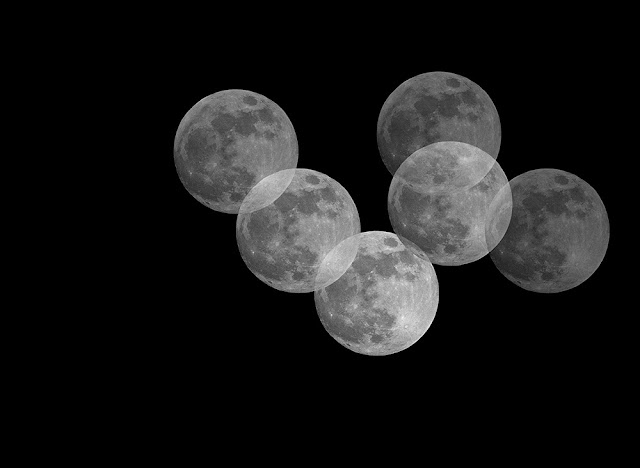 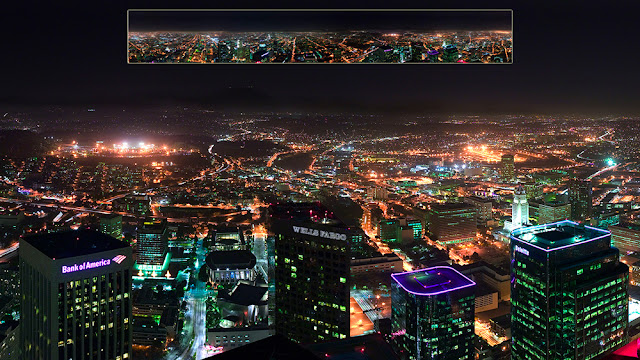 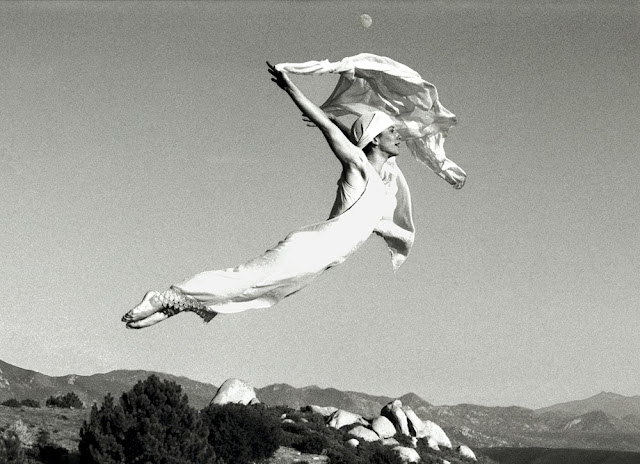 Leigh Flying ©1994 from the portrait series 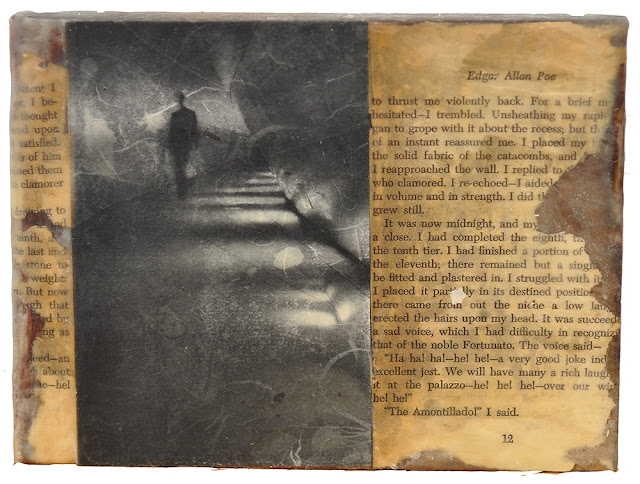 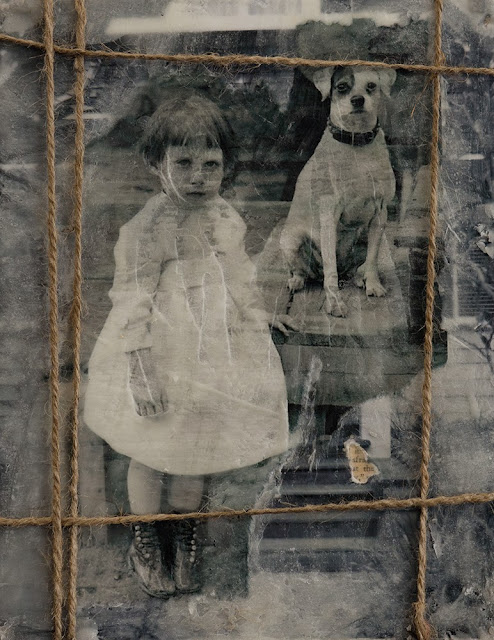 Ghost Girl ©2013 from the series, New Mixed Media with Encaustic


© copyright all images Helen K. Garber, all rights reserved
Posted by Unknown at 10:54 AM