DH
My father was an amateur photographer with a darkroom in the basement. I joined a camera club in junior high school, but I never saw photography as a possible career. I was interested in electronics and radio so I started college in engineering. I quickly realized that engineering was not what I thought it was going to be, so I switched majors to architecture.

I loved the work of Frank Lloyd Wright, however all my teachers preached Phillip Johnson’s modernism. Feeling lost in college I signed up for a photography course, thinking it would be a break while I decided what to do with myself. What I quickly realized was that I had found my home. But ironically my early interests in technology and human scale architecture has informed much of my work ever since.

I primarily studied with Jerome Liebling who had come out of the Photo League in New York. He was always very supportive of my work, even though it was very different than his. He had a way of saying “phoo-TOOG-raa-phyyy” that made it seem so important and honorable. He left about the time I graduated and moved back East to teach at a small college. There he became filmmaker Ken Burns’ mentor.

I lasted one day in a job as a janitor so I decided to go to graduate school almost immediately after finishing my undergraduate studies. There I worked in non-silver photography and pictoralism. It was only after seeing a Walker Evans show a few years later that it clicked that I wanted to shoot large format documentary, but in color. My first major work that got attention was a series on county fairgrounds in Minnesota. The photographs were published in an architecture magazine and then in Aperture Magazine. It has been in two J. Paul Getty Museum shows, including the show and book Where We Live. A work from the series is currently hanging in the Governor’s mansion in Minnesota.


DH
I think it is very important to work on a series or project. Yet I do seem to fall into a project and let it define itself as I get deeper into it. I got interested in buildings built by the Works Progress Administration during the Depression in the 1930s. Some of the first photos I did were on a fairgrounds in Hibbing Minnesota, where Bob Dylan grew up. I quickly realized that the WPA was not the subject, but the fairgrounds were. I also knew I had found what I was looking for—a subject that would take me to every corner of the state (and eventually across the US) and allow me to explore theme and variation in these public structures.

I moved to rural Wisconsin 12 years ago, but at that time I was primarily using digital cameras for Web and screen based projects. But when the Mississippi River had major flooding near by, I returned to film and picked up my 4X5 camera again. When the water receded I continued to photograph the towns and vernacular architecture along the river. I never set out to photograph churches, one room schools and small town bars. But as I explored the towns along the river, that is what I was drawn to photograph.

Two years ago I came across a magazine in a Japanese bookstore that contained a kit to build a fully functional 35mm plastic twin lens reflex camera called a “Gakkenflex.” I really had no interest in plastic lens cameras. However when I tried the camera it became apparent that since it took vertical pictures, it would be an ideal camera for a series of images in a magazine format. I spent the next year photographing extensively with the Gakkenflex.


DH
When I was a student there was an attitude that to promote yourself was beneath a true artist; that somehow good work would be discovered by itself. On the other hand I had some friends who were driven to be famous in the art world. They got into major museum shows and had important galleries carrying their work while they were still quite young. The problem was that every one of them was miserable with relationship problems. Since their success was so dependent on what was popular at the time, they were terribly insecure about their own work as well.

I learned that in the end it is important that you enjoy the work you do and that you believe in it. But you have to work for yourself above anything else. I was lucky in that I could drop in on people and show my work. However there are now great portfolio reviews where you can show your work to curators, gallery directors and editors in one place. As important as the reviews are, you also meet other photographers to share your work with.

I have always been a big fan of postcards. For almost any show I am in I will have postcards made and send them out. I also have done Lulu books, but recently I have gotten into magazines. I always liked to shoot 35mm slides when I traveled. My wife, photographer Ann-Marie Rose and I did slide shows of our travel/street photography including one for the Walker Art Center in Minneapolis. Instead I now do magazines from MagCloud. The magazines are so inexpensive, twenty cents a page or less, that you can give them out to people who are interested in your work, or make your work available at a very reasonable cost. I now find that I really enjoy the whole process of designing and laying out a series of photos in a magazine format.


DH
I remember hearing Ansel Adams’ son say that his father “knew exactly what a picture would look like when he pushed the shutter.” Any photographer who has worked a while knows their materials; Adams was a master at that. But the joy of photography is that in the end you do not know exactly what the images will look like. I think of Gary Winogrand’s quote “I photograph to see what the world looks like in photographs.” That is the wonder and excitement of first seeing the contact prints, or these days seeing them on the computer screen.

So you do look analytically—looking at exposure, lighting, focus, depth of field, highlight-shadow detail etc. But in the end, editing is such an intuitive process. For over 12 years now I have done digital soft proofing. When shooting film I scan the negatives and view them on a computer first. With a digital camera, like my current Highway 35 project, you get so many images because it is so easy to take photos. You have to be a brutal editor and really study the works. Therefore, I always make large prints. I need to see them big laying on the floor or pinned to the wall. Even the Gakkenflex images, that I knew would only be 8.5X11 in a magazine, were printed at 24X36 as inkjet prints.

When it works you know you got it. I have learned that if something seems not quite right, even something small or seemingly insignificant, I reject it. If that voice is telling you it is not right, forget about the image and move on to the next. It is always that next photograph that keeps you going. 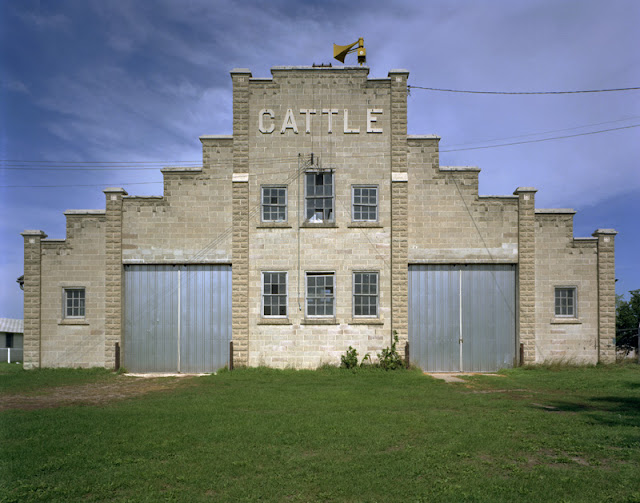 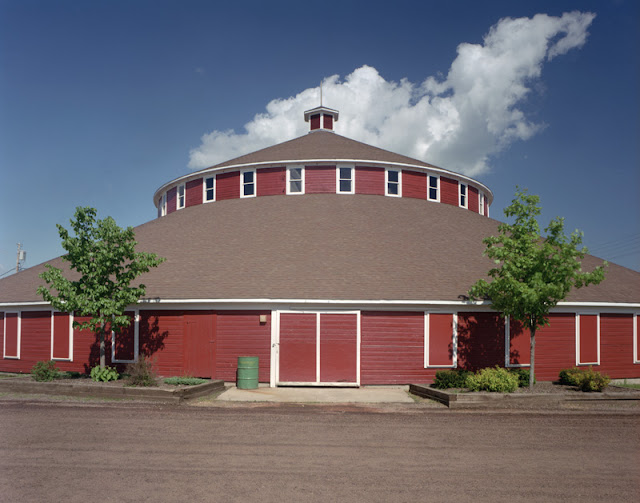 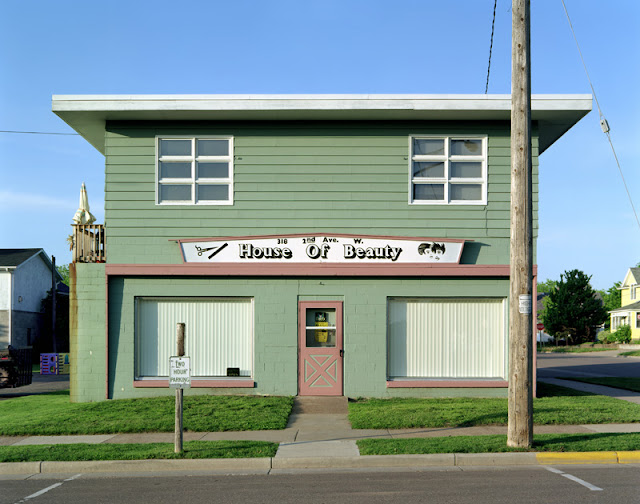 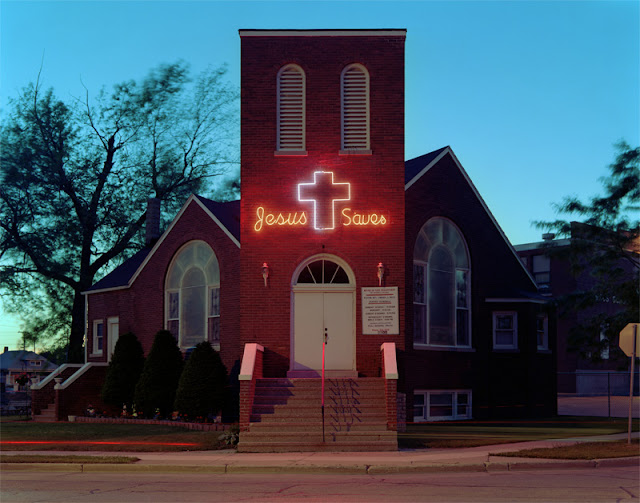 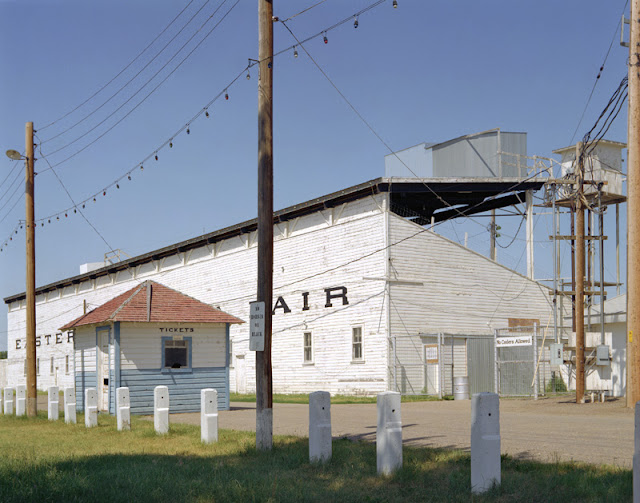 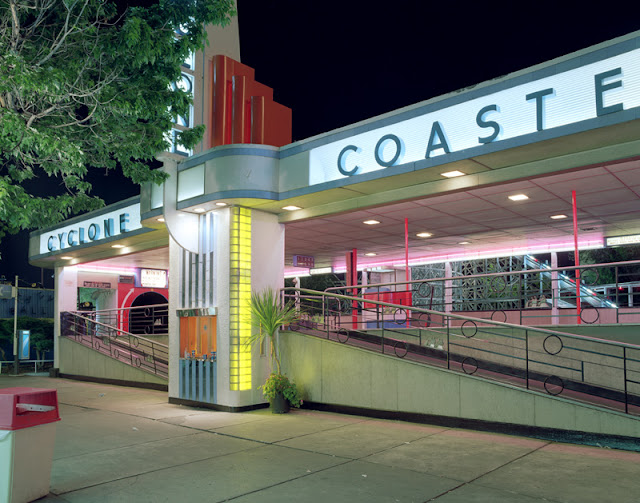 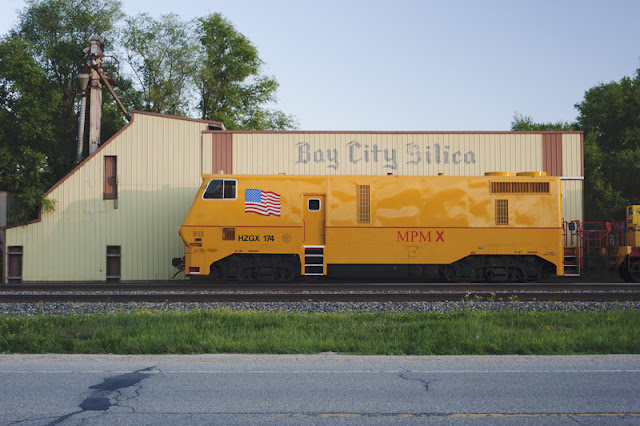 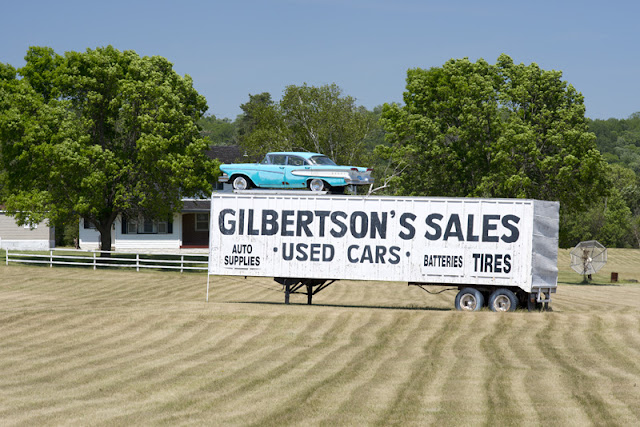 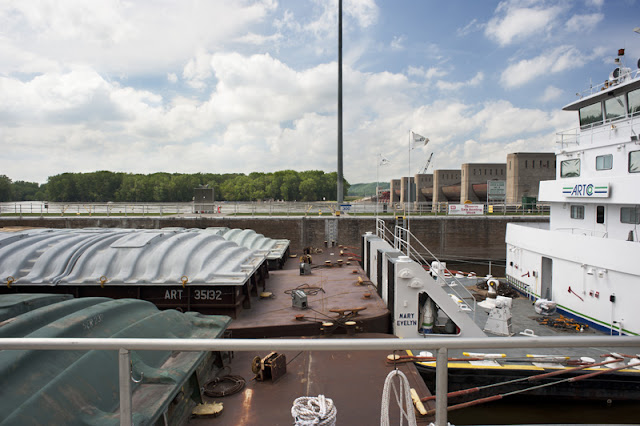 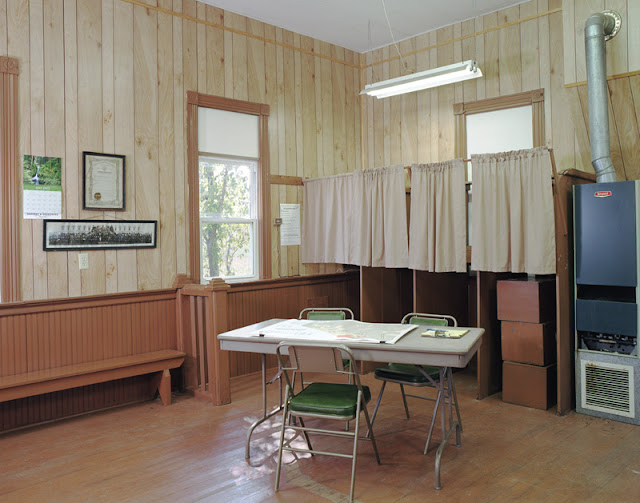 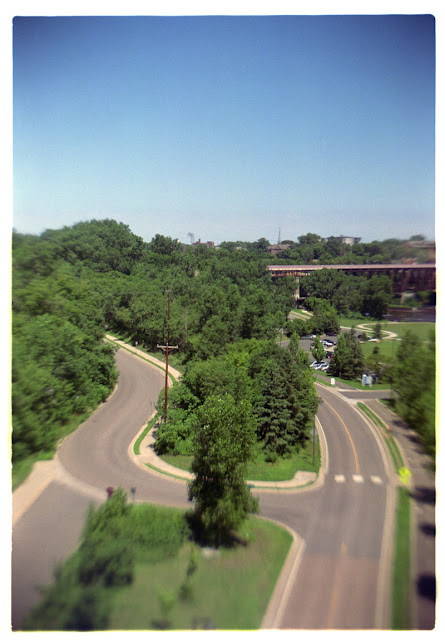 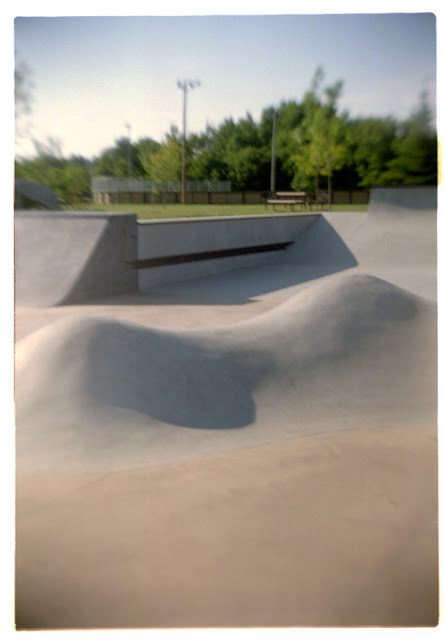 © copyright all images David Husom
Posted by Unknown at 1:50 PM